How Long Do Breast Implants Last? 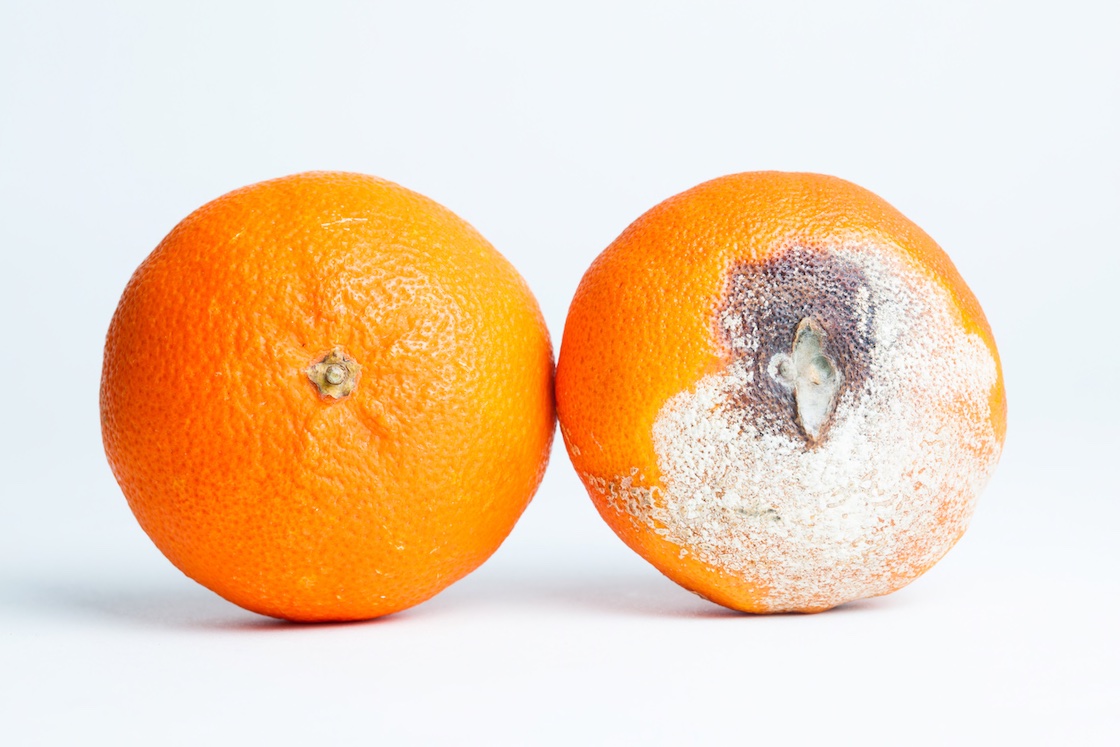 Breast augmentation surgery is one of the most popular plastic surgery procedures available. And it’s been so for almost 15 years.

But word of the potential illnesses and risks associated with breast implants have grown in recent years, mostly thanks to social media, which allows both present and past patients to share their experiences.

And not all of them have been pretty.

Though, in defense of breast implants, roughly 365,000 women got breast implants last year—while just shy of 100 women had them removed daily—and the instances of illnesses and realized risks are considerably lower than that.

That’s not to make less of their plight in the slightest, however.

Even if there is a one percent chance of contracting cancer after getting breast implants, that percentage is actually 100% if it happens to you.

That’s why informed consent is so important.

So how long do breast implants last? Can they be made to last longer? What happens when they’ve reached the end of their long life?

That’s where we are going, in detail.

“Breast implants are not lifetime devices. The longer you have your implants, the more likely it will be for you to have them removed or replaced.”

Many women—a majority by far—will find that their breast implants last from one to two decades, if not longer if no problems arise—cosmetically, or physically by way of various illnesses.

Others will find—for reasons not quite known—that within a few to several months of getting implants, or perhaps a year or three, that they start experiencing full-body symptoms and various illnesses.

Those illnesses won’t always affect the cosmetic or visual appearance of breast implants when viewed from outside of the body. But they can make you feel terribly, judging from the growing number of women who have shared their personal experiences.

Another handful, or subset, of breast augmentation patients will experience something else entirely.

The condition they will experience is called capsular contracture, which as its name implies, results when the capsule that naturally forms around all breast implants begins to harden and contract around the implant.

This condition presents in various degrees of severity—on a graduating scale referred to as “Baker Grades.”

At the lower levels of this scale, you won’t necessarily be able to tell that there is anything wrong with your breast implants.

On the higher ends of the scale, however, things get ugly fast.

Capsular contracture, which is acknowledged as one of the most common problems that breast augmentation patients will experience after surgery, may get so bad that the breasts are visibly distorted, as the breasts physically change shape.

It’s not a pretty sight—but is one that potential breast augmentation patients should be aware of.

It can usually be handled by surgery, during which the old pair of breast implants is removed, as is the now-hard capsule of scar tissue.

Unfortunately, there’s no telling if a patient will ever get capsular contracture prior to undergoing breast augmentation surgery—or any other adverse condition for that matter.

And that’s for two reasons: First, that the condition is relatively rare (when considered in light of the 365,000 patients who get breast implants annually, and second, because tests are conducted prior to breast augmentation surgery which would help later determine what conditions (or unique physical characteristics) a person might have had that led to an increased risk of capsular contracture.

(There are a handful of high risk conditions, or patients who are advised not to get breast implants—such as those who have a current infection.)

One thing, however, that is believed to contribute to the condition is the unsanitary inserting of breast implants.

Developments in breast augmentation surgery, and devices, like the Keller Funnel, allow for the placement of breast implants without them ever touching a bare or even gloved surgeon’s hand.

That in turn is believed to contribute to a more sanitary and sterile outcome for the patient.

The Keller Funnel is believed to reduce most if not all negative outcomes involved in breast augmentation surgery, though stats aren’t available for all conditions. (For capsular contracture, data is available, and it indicates that the Funnel is effective in reducing it.

The Longer You Have Implants, The More Likely You’ll Need to Have Them Removed or Replaced

“You should assume that you will need to have additional surgeries (reoperations) because breast implants are not lifetime devices and complications can occur.”

Breast implants would last the longest if they remained in their original packaging and were never used.

But, that would make breast augmentation surgery impossible. Naturally.

The moment breast implants are placed in a patient’s body, the clock starts ticking.

For some women, that clock runs smoothly for 10 to 15, even 20 years, while for others the clock ticks only a few years before problems develop.

Again, there’s no telling who gets what clock when it comes to breast implants, nor is there any known way for a patient to prolong their clock. (Surgeons have a hand in this clock as well, such as by using the Keller Funnel and/or other safe surgical technique that prevents or reduces problems from occurring.)

Officially speaking, there is no lifespan of a breast implant, whether saline or silicone.

But what there is that everyone can agree on—even your surgeon on TikTok who tells you implants don’t need to be replaced every 10 years—is that the longer you have breast implants, the more likely it is that you will need to have them removed or replaced, and that problems will develop with them.

Ten years is a somewhat arbitrary timeframe. Not all breast implants will need to be replaced every 10 years. Statistically, very, very few will.

But there are also patients whose breast implants may need to be removed and replaced twice in 10 years.

And there are patients whose implants will never need to be removed.

Finally—and this is important—there are patients whose implants will need to be replaced but who never suspect that they do, or who lack the money to get them replaced.

Breast Implants Do NOT Last a Lifetime

“The average saline or silicone implants may last anywhere from 10 to 20 years. However, many are removed sooner due to complications or cosmetic concerns.”

While there are certainly patients who have had breast implants throughout their entire lives, the plastic surgery community, breast implant manufacturers, and their regulators—like the US FDA— all agree that breast implants don’t last a lifetime.

What Happens When Breast Implants “Die?”

If breast implants don’t last a lifetime, what happens when they “die?”

What happens when their life clock runs out?

When breast implants are no longer safe—such as due to leaking silicone—or when they are causing a patient’s problems, they will need to be removed and replaced, or removed entirely.

The choice of whether to remove them entirely or replace them with a new set of implants will be your choice to make.

But there are instances where replacing breast implants will not be possible, or will not be advised.

By far the vast majority of patients will simply have their breast implants replaced with a new, usually larger pair of implants.

Do Implants Have to Be Replaced Every 10 Years? Not Unless They’re Problematic

“So, the older your implants are, the greater your risk of rupture or other complications. In many cases, breast implants can remain in good shape for 20 years or more.”

If you’ve been considering breast augmentation for a bit, you may have come across surgeons who say that breast implants have to be replaced every 10 years.

You’ve also probably come across surgeons who say the exact opposite: That breast implants DON’T have to be replaced every 10 years.

The truth is that both statements are accurate.

Some breast implant problems will be incredibly obvious:

Your breasts (or worse, just one of them) will look horribly misshapen or deformed (that’s a problem that warrants replacement).

Or your breasts will be extremely sore and sensitive due to the scar capsules slowly contracting and hardening over time.

Those would be problems pretty obviously connected to your breast implants.

But there are other problems that can be caused by your breast implants which you may never suspect as being caused by them.

These are things like memory fog, hair loss, tingling and pain in the extremities, sluggishness, loss of appetite, lupus, and much more.

These patients will typically go from doctor to doctor, never suspecting that their breast implants are part of the problem, if not the entire problem.

The many doctors you end up seeing in an attempt to resolve these symptoms that are making your life virtually unbearable may also never suspect that your breast implants are the cause.

That simply means that it’s important that you know that, although rare, breast implants have been linked to systemic symptoms.

If you are experiencing the latter type of problem, your breasts may look perfectly fine.

They may not be misshapen, painful, hard, or have anything else wrong with them.

But your body may be experiencing a wide range of symptoms and problems.

The interesting part about this is that—

Your breast implants might appear perfectly intact even if you have them removed.

The implants may physically have lasted 20 years—they haven’t disintegrated—but some part of them is less impermeable than they were when you got them 20 year ago, or some part of them is now causing you problems that they weren’t 10, 15, 20 years ago. (Mold is a rare but possible example of permeability issues.)

Those breast implants stop “lasting” when you have them removed and not replaced.

Summary: Breast Implants Last Years, But Not a Lifetime. Them Possibly Causing Problems Should Always Be At the Back of Your Mind

“The longer you have breast implants, the more likely you are to experience complications and adverse outcomes, which may be cosmetically undesirable and irreversible.”

So where does all of this bring us?

It brings us to the fact that breast implants may last many decades, or they may last only a few years. As long as you as a patient are alert to the possible problems that they can cause, you’ll probably do alright. Just be sure that you a) Understand what these problems can be, and that b) You are in a position financially and otherwise to have them removed in the rare event that they start causing problems.

And remember that in some cases, if you were to get breast implants to enlarge your breasts, after removing your implants—if you ever did—your breasts will likely be smaller than they were before you had breast augmentation surgery.