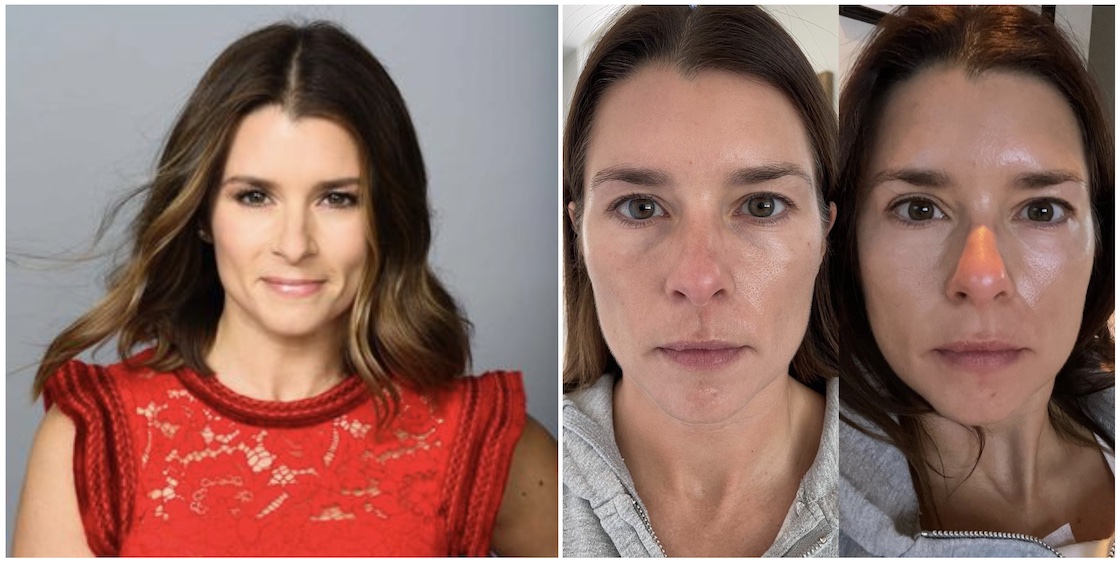 America’s most famous and successful female open-wheel race car driver took to Instagram to share that on Wednesday, April 27th, she had her breast implants removed.

“I wasn’t sure I was ready to share this…” she says, “but then I remembered that true vulnerability is sharing something you’re not really ready to. So here it is.”

Patrick, 40, had breast augmentation surgery in November of 2014. The former racecar driver says she got them because she wanted to “have it all.” She was really fit, but didn’t have boobs so she opted for breast implants, she says.

“Everything went well and I was happy with them.”

Fast forward to early 2018, and Patrick says she noticed her hair wasn’t as healthy as it once was. It was breaking off, and she gained a few pounds she had no luck getting rid of, she shared on Instagram.

In late 2020, six years after getting her breast implants, “the wheels came off,” she says.

Detailing the nearly 20 symptoms she experienced in the years following breast augmentation, Patrick says she gained weight, that her face had changed shape (“weird I know,” she adds).

These symptoms prompted her to go “down the rabbit hole to figure it out.” Patrick says she “did every test that could be done.”

Those tests, she shared, revealed a wide range of ailments she had been suffering from: hyperthyroidism, heavy metal toxicity, leaky gut, hypoglycemia, low estrogen, adrenal fatigue, swollen lymph nodes, weight gains, hair loss, and capsular contracture, are among the list she shared.

Patrick shared that within hours of her explant surgery, she noticed her face had more color and less darl circles, and that she could breath 30 percent deeper. “I had so much energy when I woke up,” she says.

Danica says the condition she experienced, which “isn’t universally recognized,” is called breast implant illness, and she encourages others to look it up if they or a friend with implants is struggling.

“The common denominator [of breast implant illness] is you have conditions that can’t be resolved,” she says. Through the course of her own journey with BII, Patric says she tried three different doctors, a gut protocol, various medications, and “up to 30 pills a day… with no resolution.”

Hearing from other women with implants

Patrick says that as part of her research into her own condition, she watched more than 100 stories on YouTube of women with BII who underwent explant surgery.

Super grateful to be feeling better so quickly.”

“Some are right away, others are over 15 years later. Silicone is a foreign object and leaches chemicals (look up that huge list!) that’s why the body produces a capsule around it,” she says, before concluding that “If this post helps just one [person] get to the root of their issues, it did its job.”

In subsequent Instagram Stories and Posts, Patrick has continued to share details on her recovery journey, as well as the physical conditions she eventually attributed to her breast implants.