Where Can Lipo Be Done? 12 of the Best Areas to Get It 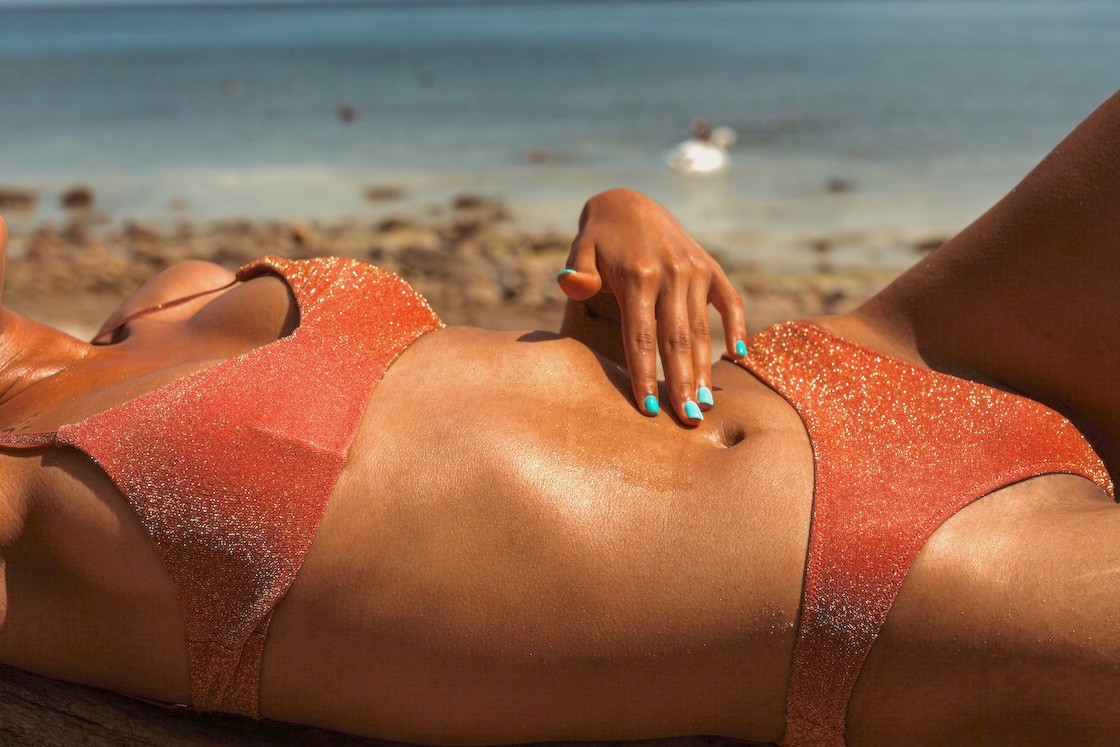 Liposuction. It’s not a weight loss procedure per se, but let’s face it, the amount of fat that the relatively simple and safe surgery can remove is well worth it.

Liposuction is the gold standard for body contouring.

Despite how crude and painful the procedure looks while being performed, there is no faster or better way to surgically tone and contour the body than liposuction.

And recovery isn’t all that bad either.

Fat-freezing and other energy-based fat reduction devices have their own place (for patients with much less fatty tissue), but none of them rival liposuction’s effectiveness.

These are some of the best and most popular areas of the body that liposuction is used on by patients within the United States.

12 of the Best Areas Where Liposuction Can Be Done:

Let’s take a closer look at what can and can’t be accomplished with liposuction in each of these areas and why they are so popular.

Men and women develop a build up of often unwanted fat around their waist. These deposits, called love handles, are highly resistant to most exercise routines and dietary regimens.

Liposuction of the waist and love handles is extremely effective and the skin in these areas of most patients has great elasticity, which is one of the most important requirements for great liposuction results:

After some of the unwanted fat has been removed, the skin needs to have enough elasticity that it naturally tightens around the newly thinned area of the body. Liposuction of the waist and love handles can help a patient reduce their waist size and fit into smaller clothing.

The back of the love handles and waist form the flanks. Another area of the body with great skin elasticity, and one that is often home to unwanted fat that is hard to get rid of through dieting and exercise, the flanks are one of the most often requested areas of the body for liposuction patients.

If a Brazilian butt lift is being done, fat from the flanks will often be removed with liposuction in order to create the upper thinner portion of the much-desired “hourglass figure.”

The hips are likewise an important part of the lower female body physique.

While many patients desire larger hips, others choose to have liposuction in the area as part of a more comprehensive approach to female body contouring.

4. Under the Chin (Submental Lipo)

Depending on the amount of fat you have beneath your chin, CoolSculpting may also be a treatment option. CoolSculpting is best for nonsurgically treating lesser amounts of fatty tissue that has accumulated over time.

If you can easily grab and hold (between your thumb and finger) the fatty tissue under your chin, you probably have enough fat to make liposuction worthwhile in that area.

As you progress from a little bit of fat there to a “Turkey neck” or “waddle,” the more likely it is that liposuction will be a better treatment option for you than CoolSculpting is.

Here again, because dieting and exercise often leave the upper arms unaffected, more fat than is desirable can build up over time and create “Bingo wings,” the large loose flaps of skin that hang from the upper arms, usually in older patients.

The upper arms are a choice area for treatment by liposuction, but if there is too much fat in the upper arms, an arm lift will be required.

Of the two procedures, liposuction leaves fewer and much smaller scars, while an arm lift leaves a linear incision which hides under the upper arm and faces the armpit.

In some cases, however, an arm lift will be a patient’s only treatment option, unless they work to get rid of some of the fat naturally before undergoing surgery.

Because the skin of the upper arm is less elastic than the skin of the abdomen and thighs, it may be necessary, even after losing plenty of weight, to have an arm lift anyway.

Non surgical skin tightening treatments are an option for these patients in some cases, though they are less effective than surgically excising some of the unwanted skin in order to tighten the remainder.

Fat that builds up in the lower abdomen can cause an undesirable (to some) look of a “muffin top.” Liposuction is the best way to get rid of this fat if the volume of it is more than can be easily treated with CoolSculpting.

Conversely, if a patient has too much fat in this area and it exceeds the amount that can be safely removed by liposuction, a tummy tuck (abdominoplasty) may be required.

The upper abdomen is the area of the body that spans from the belly button to the lowest rib. If done here, liposuction is usually also needed in the lower abdomen and the two areas are often treated in tandem.

As far as liposuction of the buttocks is concerned, patients are typically divided by their desires: Some choose to have liposuction to reduce the size and projection of their buttocks if they are too large for a patient’s liking, while others want the exact opposite.

In either case, liposuction of the buttocks is extremely popular.

Because the Brazilian butt lift is such a popular procedure, dentists, pediatricians, and other doctors who are very poorly trained in plastic surgery and who are grossly unqualified to do any invasive surgeries, often take advantage of the huge pull the procedure has.

For this reason, it’s extremely important that if you plan to have liposuction as part of a Brazilian butt lift, you do so safely.

[See also: How Not to Die During a Brazilian butt lift.]

Liposuction of the inner thighs can help give a patient the much-desired “thigh gap,” or it can merely be used to reduce the amount of fat located here so that a patient can sit more comfortably.

The outer thighs, often referred to as “saddlebags” are an area where liposuction is particularly effective and popular. During a Brazilian butt lift, surgeons will often remove fat from the outer thighs so that they integrate with and accentuate the newly volumnized buttocks.

Liposuction of the lower legs is relatively uncommon but there are patients for whom it makes a perfect treatment.

Here, the procedure helps reduce the amount of fat in each leg for an overall slimmer lower body profile.

Liposuction of the lower legs and calves can also get rid of “cankles.”

Liposuction is popularly used in gynecomastia surgery to remove fat in and around the male breasts.

After the glandular tissue has been removed from each breast, liposuction is used to address the fatty tissue that is also contributing to a less aesthetic upper body physique.

For these patients, the breasts and other areas of the upper chest are toned with liposuction, and they can again begin chest exercises once healed from the surgery, which usually occurs within four to six weeks.