Do You Shave for a Facelift? 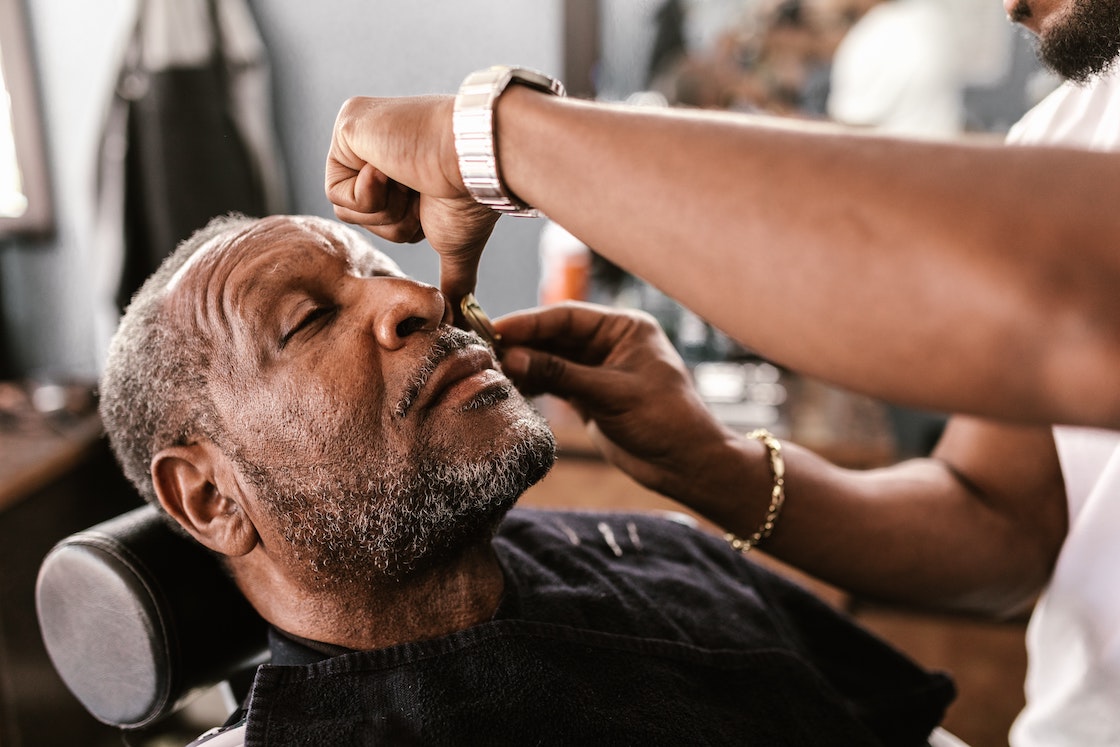 Because parts of the facial skin are cut and reattached during facelift surgery, male patients wonder whether they have to shave their face before getting a facelift.

Can you keep your beard? Your mustache? Your sideburns?

To shave or not to shave?

It’s a simple question that should have a simple answer.

On the one hand, facial hair could harbor or hold unwanted bacteria that could then contribute to infections at incision sites. And that fact suggests that shaving before a facelift would be smart.

However, on the other hand, shaving the face causes microscopic cuts in the skin that can also contribute to infection. By one study, patients who had their incision sites shaved, had a 500% increase in incision site infections over those whose hair was removed without a razor.

Essentially, the official published data appears slightly contradictory, or, rather, it suggests that shaving isn’t a great option, but that neither is having facial hair.

U.S. Centers for Disease Control and Prevention, Guideline for the prevention of surgical site infection, 1999

That’s why, the simplest answer is that you should ask your facial plastic surgeon. They’ll be most familiar with the type of facelift you will be getting, what sterilizing solution will be applied to your skin beforehand, and where your facial hair is and whether it will or won’t interfere with planned incision placement.

If you are advised to shave, you will likely be asked to do so only using an electric razor, rather than a regular shaver. The electric razor is a lot less likely to cause both visible and invisible cuts, which aren’t wanted before surgery is done on the face.

See your surgeon before shaving

If you plan to shave prior to your facelift, see your surgeon beforehand.

Your facial hair may actually help them with incision planning, but it won’t do so if you cut it off beforehand.

One of the possible problems that can arise from facelift surgery is “postoperative scar alopecia.”

Put simply, hair ceases to grow, or grows poorly, after a facelift–if parts of the facelift is done poorly.

It’s your surgeon’s job to create the right incisions, and to do so at the correct angle in relation to your existing facial hair.

To do so, the scalpel is held at a certain angle while making the incisions, and the skin is then reattached with careful attention placed on hair patterns and hair lines.

There is also the high probability that were you to shave before your facelift, your surgeon would have to shave again for you after marking up your incisions.

“After marking the incision line, certain maneuvers allow easier visualization of the incision markings in hair-bearing regions. This includes shaving hair and surgical lubricants or rubber bands to part the hair.”

If hair gets in the way of the planned incisions, it is either shaved or rubber banded into small tufts so it remains out of the way of your surgeon’s work.

When to shave before a facelift

Assuming your facial plastic surgeon gave you the go-ahead, you should shave your face (or the applicable parts of it) no less than 48 to 72 hours before your surgery date.

That time frame allows for any tiny accidental nicks or cuts to heal and close, while also removing enough of your facial hair to make your surgery doable.

How to shave before a facelift

If you and your facial plastic surgeon have agreed that you need to shave your face before surgery, there is an exact way to go about it.

Don’t use a regular (non-motorized) razor to do it, but instead use an electric razor. Electric razors are less likely to create invisible cuts and tears in the skin that would be problematic during surgery.

But remember, there is always the chance your surgeon will have to shave in the most unexpected areas when you come in for your facelift: Areas on the side of your face and near your temples that you wouldn’t ordinarily shave anywhere.

Some of that hair may have to go, but only when you come in for your surgery and after your incisions are planned out to be as invisible as possible.