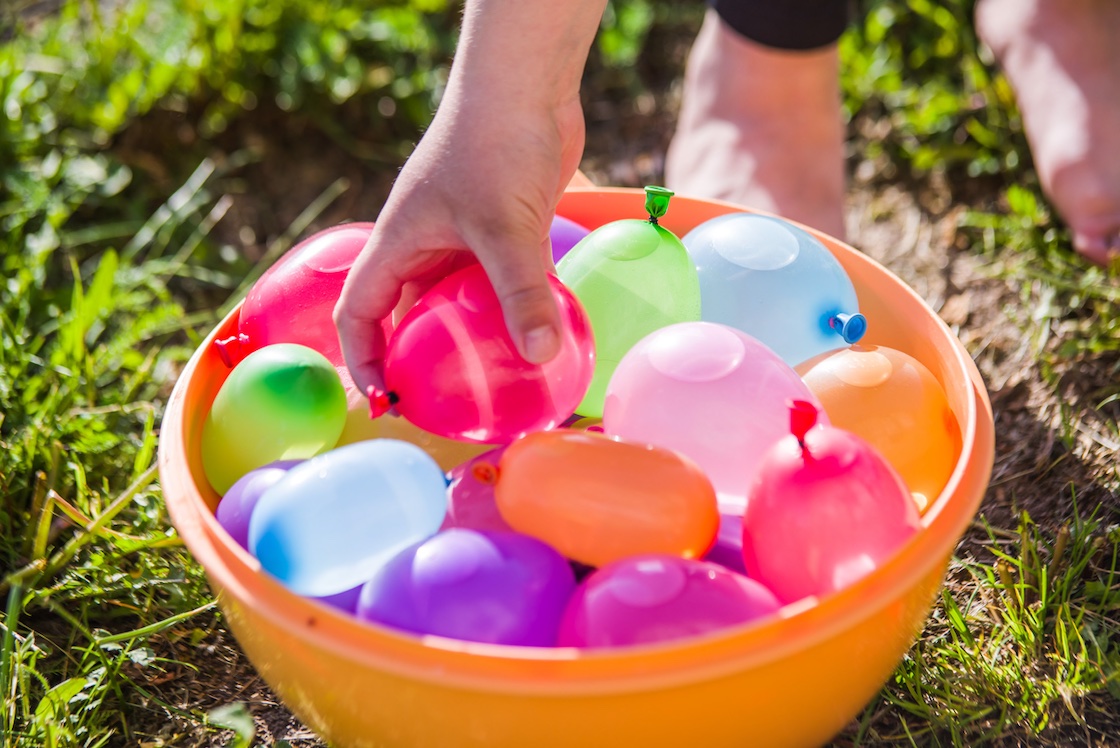 On the edge about getting breast implants and wondering whether it’s saline or silicone that feels most like a water balloon or plastic bag? Is it both of them?

How uncomfortable is the feeling? And do they feel like water balloons forever?

Or only in certain positions and only right after you get them?

We get you! Here’s the short version:

Anatomy of a breast implant

Breast implant surgery consists of placing a saline-filled or silicone-gel-filled implant either under or above the pectoralis major muscle. In essence, a balloon of sorts is being placed in the body. That “balloon” can rupture, ripple, deflate, contract and move around slightly.

Once you’ve gone driving, jogging, biking, hiking, or had sex once or a few times after getting breast implants, you’ll likely become forever used to the new feeling.

Because they are foreign, breast implants do tend to feel less than perfectly natural to the patient who has them. This feeling is most obvious and apparent for a few to several weeks after the implants are placed, but may sometimes last as long as months. How long the feeling usually lasts seems to depend most on how quickly the patient starts re-engaging in various activities, because each new activity or activity level creates new and different pushes and pulls on the implants.

Breast implants begin to feel more natural over time as the patient becomes accustomed to how the implants move together with or react and respond to when the body is in various states of movement and activity.

At their most basic level, saline-filled breast implants are, quite literally, water balloons.

They are filled with a sterile saline (salt water) solution, which is encased in a silicone shell.

This also means that all breast implants, whether saline or silicone, do contain silicone.

The silicone shell of a breast implant is hundreds of times thicker than a water balloon.

The plastic or latex that makes up a water balloon is vastly thinner and becomes even thinner as it is filled with water.

The larger the implants were in relation to your original breast size, as well as to the frame of your body, the longer it’ll take to get used to these new fun feelings.

Silicone-gel implants are more sturdy or “solid” than saline-filled implants. Because the silicone is gel-like, it also does not move around as a water balloon would. The term used is “cohesive gel,” as the silicone substance remains together and moves as a whole.

Most patients live with or love the feeling

A relative handful of patients have taken to social media to explain that their implants feel like water balloons. Most patients, however, don’t overtly state this so while it’s difficult or impossible to tell for certain if everyone feels the same about their implants, most patients keep their implants in for anywhere from several years to a decade, with some patients leaving them in even longer.

Among those patients who have their implants replaced at the 8, 10 or 15-year mark, the vast majority then have new implants placed, which are typically a bit larger than the implants they chose for their first surgery.

What implants feel most natural

Silicone gel breast implants feel the most natural—to both the patient as well as any intimate partner.

This is because instead of a liquid solution of saline that can slosh around within its shell, silicone gel breast implants are cohesive and the entire implant—shell and filling—moves together as one unit.

To the patient and any intimate partner, silicone gel implants also most closely mimic or imitate the feel of natural breast tissue.

Whether a patient opts for saline or silicone breast implants, there are times (or positions, rather) when they will feel more like water balloons or “plastic bags.”

While standing or sitting, implants are likely to feel natural and not foreign.

The increased volume and bust size takes a few to several weeks to get used to, but thereafter breast implants tend to feel natural to the patient when they aren’t overly active or mobile.

If the patient increases their activity level, the new feel of added weight, volume, and bounce will again take some time to become accustomed to.

Once you’ve gone driving, jogging, biking, hiking, or had sex once or a few times after getting breast implants, you’ll likely become forever used to the new feeling.

(The larger the implants were in relation to your original breast size, as well as to the frame of your body, the longer it’ll take to get used to these new fun feelings.)

Lying face down is when breast implants, whether new or old, tend to feel the most like water balloons…

Lying down on new breast implants is another entirely different feeling that patients will have to become accustomed to.

Lying face down is when breast implants, whether new or old, tend to feel the most like water balloons, because with more of your upper body weight resting on them, they become a synthetic via to your upper body movement.

You’ll feel the weight of your body above and below the implants, but not, of course, inside of them.

So there’s that connection point, which is indeed a bag of water (or silicone) that tends to become most noticeable while lying prone.

Most patients tend to either endure or come to appreciate the fact that their implants occasionally feel like water balloons.

As discussed, it’s a feeling that only few have spoken publicly about and one that most women tend to live with just fine.