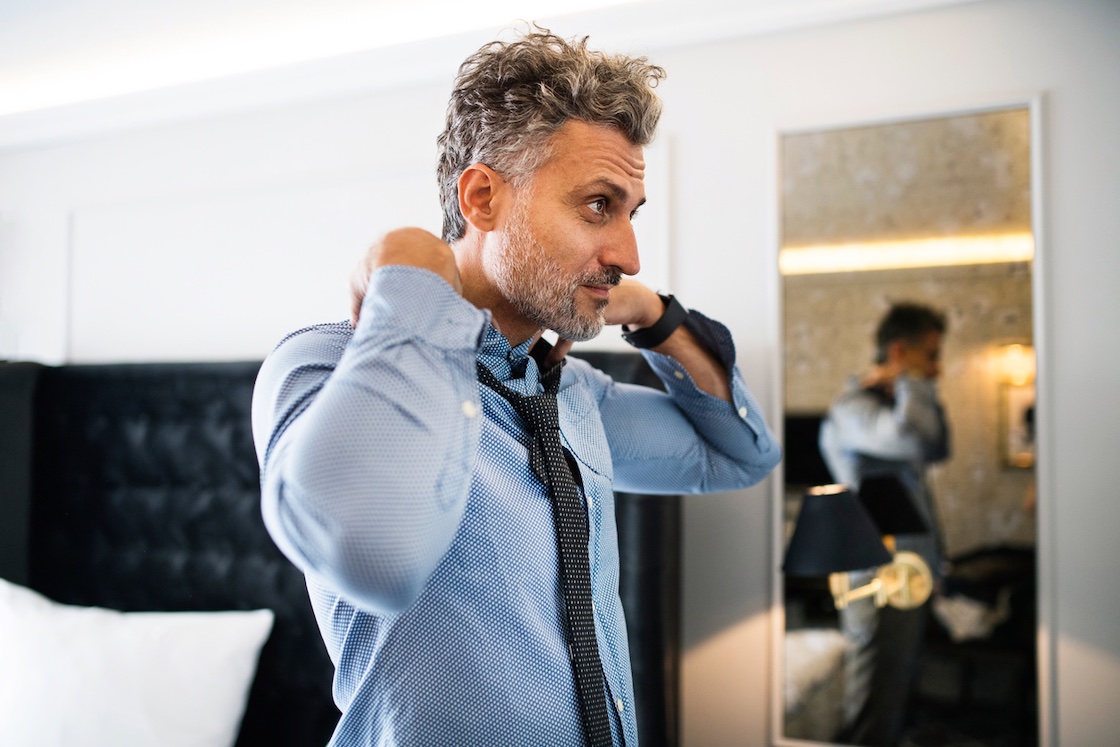 Botox has been one of the most popular cosmetic treatments for women for over a decade. Somewhere over the years between 1989 and 2022, it also cropped up as a perfect solution to certain male concerns.

“Brotox” is in high demand in the male market.

Brotox smoothes wrinkles in your face quickly and painlessly, and, if done right, almost no one will know that you had it done. That is, if you find the proper clinic and provider to get it done. Because it’s so popular, providers of Brotox have sprouted everywhere, but picking the appropriate one for you is important, particularly if you care about how natural your results will look.

It’s understandable that most men would like to keep the fact that they’ve had any cosmetic procedures under wraps, so, do Brotox treatments actually look natural? Well, they can definitely be made to look natural.

Overdo it, and Brotox will be pretty obvious. Do it just right and only a facial aesthetician, plastic surgeon, or master injector will be able to tell, but in many cases, even they will be guessing, providing your interaction with them is fairly brief.

How Does Brotox Work?

Brotox injections are normally done at a doctor’s office, med spa, or plastic surgery practice in under 30 minutes–making it a quick and easy treatment for men. Treatment is simple and straightforward; a series of botulinum toxin injections are into the face muscles that have been creating those creases and fine lines. Results are typically long-lasting.

The neurotoxin blocks the release of the neurotransmitter acetylcholine after injection. Essentially, this inhibitory action prevents your nervous system from sending a message to your muscles telling them to contract and instead instructs them to relax. The reduction of wrinkles is due to the relaxing of your muscles.

Brotox’s effects are normally noticeable 1 to 4 days after the injection. It’s also normal after your treatment to have some bruising, and your doctor may advise you to avoid strenuous exercise and alcohol for at least a day.

Brotox treatments often take roughly 1 to 2 weeks to show off its full effect. That being said, Brotox’s effects aren’t always permanent. Within 3 to 4 months, wrinkles will generally appear again. You’ll have to keep receiving injections if you want to keep the same look. The more maintenance treatments you get every five to six months, the longer your result will last for.

What Makes Brotox And Dermal Filler Treatments For Men And Women Different?

Men sometimes complain about looking weary, and most of this appearance flaw is caused by subcutaneous fat tissue volume reduction in the mid-cheek area as they age. This may also be noticed in males who are very athletic and have a low body fat percentage, giving them a drawn, gaunt, sunken appearance. When dermal fillers are used to correct this, the effect may be a very refreshing and revitalized appearance. This treatment will fill in that loss rather than raising the cheek bone as is done with women to prevent feminizing the face.

Lifting is less significant in males than volume replacement and correction. This usually requires a deep filler placement. Doctors are normally cautious not to inject too much around the eyes, because this would lead the face to become feminized, which most men dislike. Men desire to maintain their facial features while looking renewed and invigorated.

The Male Advantages of Brotox

For both professional and social goals, men may benefit from Brotox’s ability to make them seem relaxed and younger. Smiling, frowning, and other facial motions may cause furrows in men that are in their 30s and 40s. These lines have the ability to make you seem older, depressed, furious, or fatigued. Wrinkle relaxers may not only prevent these lines from deepening, but they can also lessen the appearance of aging, leaving you appearing revitalized and genuinely renewed.

Dermal fillers are used by surgeons, dermatologists, and other practitioners to minimize the appearance of wrinkles and creases for men and for women. Using dermal fillers to sculpt facial features in males, on the other hand, requires a degree of talent and an aesthetic eye for detail that only a few cosmetic injectors have. Making sure that your cosmetic injector has experience with providing Brotox for men is critical to ensure you end up with the most natural-looking results.

When searching for a qualified Brotox cosmetic injector, make sure they provide a full face examination and treatment plan that is staged over time, allowing you to gradually go through your injectable procedures. Before starting your treatment, a trained cosmetic injector will take the time to understand the natural appearance you want to achieve, establish realistic treatment expectations, thoroughly explain the treatment procedure and related risks, and ensure you are happy with your choice.

Not only does Brotox help to reduce the appearance of small lines and wrinkles, but it is also renowned as one of the most natural-looking treatments available for males, with results that are practically imperceptible to the naked eye. Many men in the United States have claimed Brotox to be their number one facial rejuvenation choice.