How Long Does a BBL Last? 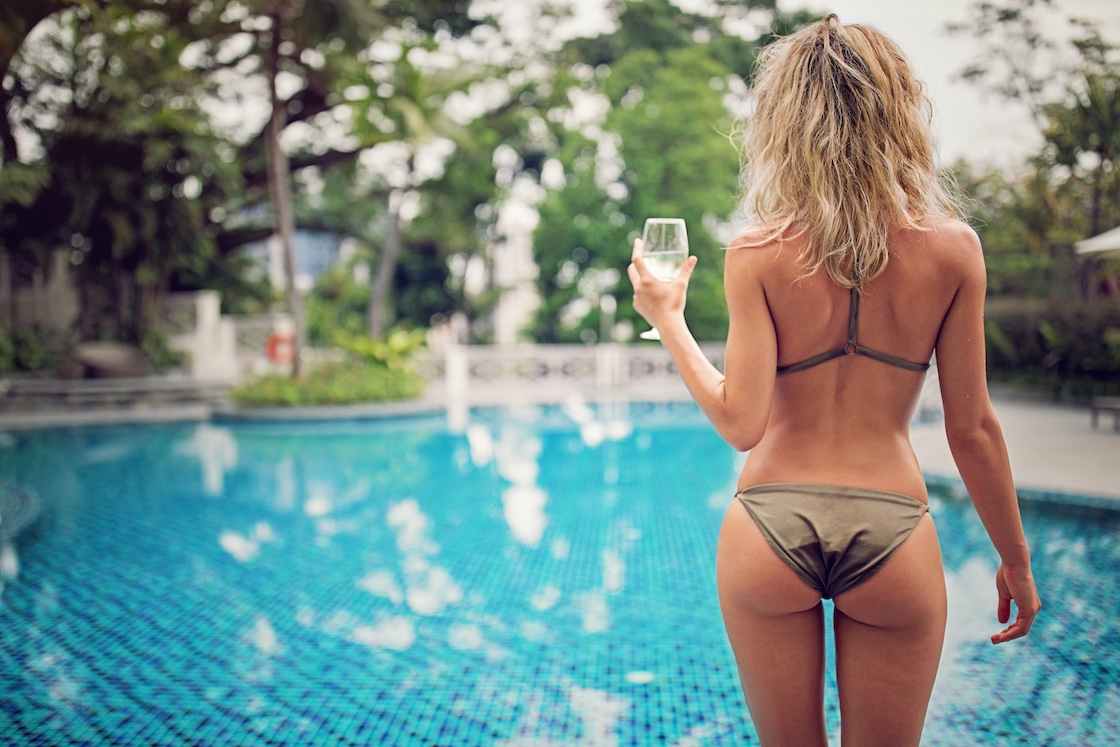 The results of a Brazilian butt lift should last you anywhere from 10-15 years, but that’ll depend on how well you take care of your body and booty.

That’ll also be impacted by hormonal changes, or other factors that might cause you to lose or gain large amounts of weight.

But since this is a bit complicated, here’s what you need to know and how to make your results last as long as possible.

You’ll need to avoid 1 key thing for the best results:

1 x 1: Understanding how a BBL is done

During BBL surgery, fat cells from one or more areas of your body are extracted through liposuction.

These lipo areas usually include the flanks, abdomen, and inner thighs.

Then, the fat is purified, usually through gravity filtration, which removes the liquid and blood, leaving behind only fat cells that are ready to be re-injected into the body.

Except this time, the fat is injected into your buttocks.

The liquid and blood that’s separated from the fat beforehand includes tumescent fluid, which was used to numb the area where liposuction was done.

Although many or even most of the injected fat cells will survive, not all of them will.

Some of the injected fat will always and inevitably die off and be reabsorbed by your body.

That’s why a good BBL surgeon usually a) injects majority fat (not other fluid), b) injects a bit more than is needed, since swelling will subside and fluid will be absorbed, and c) helps you get through recovery safely and smartly.

How to make your BBL last longer

To make your BBL last longer, do as many of the following as possible:

It’s worth noting that some of the above suggestions are things you do right after getting a BBL, but others are things that you’ll have to pay attention to for several months or years after surgery.

The better you care for your body and booty, the longer your BBL will last.

Is a BBL permanent?

There are two parts of a BBL to consider when it comes to whether one is “permanent” or not:

Let’s look at #1 — Liposuction: Is it permanent?

Yes and no. The fat cells that are removed from your body via liposuction are gone forever.

They will never return.

The contouring that’s done during lipo is permanent, since that fat has been physically removed.

But…. That doesn’t mean that new fat cells won’t accumulate in the area, nor that the existing fat cells left behind won’t increase in size if a person were to gain a lot of weight in the future.

Think of it like exercising in a gym. If you build strength and muscle in your arms by working out, what happens if you stop hitting the gym for months?

Naturally, your muscle loses definition and strength, and things start looking a bit less perfect than they once did.

It’s the same way (though a bit different) when it comes to liposuction; It’s pretty permanent, but the best thing you can do to help it stay permanent for longer is to maintain it with a good diet, and exercise.

You can also see a great surgeon only, so that you’re not dealing with a lumpy and bumpy treatment area after it’s all healed.

If a surgeon doesn’t know how to do lipo properly, your final results are usually very bumpy and you may need additional surgery to smooth it out.

Let’s look at #2 — Fat injection: Is it permanent?

The second part of every BBL surgery (done immediately after the liposuction) is the part where the fat that’s been removed from various parts of your body is reinjected into your butt.

That’s the part we’ve all been waiting for, but it’s also the part that’s the most dangerous.

After your surgeon has purified the fat that he removed from your body during lipo, he or she will then reinject it into your butt.

If your surgeon does a good job, they’ll mostly be injecting just fat—not a bunch of poorly filtered blood, tumescent fluid, water, and other liquids. Mostly fat, but some liquid always comes along.

So let’s look at how permanent this all is:

What this means is that right after your BBL, you tend to look the best.

It’s why some shady surgeons take their “Before & After” photos right then, since all that water, tumescent fluid, and blood is making your results look a bit better than they will within a few days, once all that blood, fluid, liquid, and water is absorbed.

The fat, however, will last a good while.

After some of it is absorbed or fails to take hold within the buttocks, what’s left behind will last many, many years, and usually more than a decade (10 years).

That’s also why it’s so important that you don’t sit on your butt for 4-6 weeks after your surgery, and that you follow any other instructions given to you by your surgeon.

What quality of fat is being injected?

One of the most important things that’ll decide how long your BBL actually lasts is — What is the quality of the “fat” that’s being injected into your booty?

If you didn’t know, when fat is removed from your body, your surgeon usually pumps fluid into the area in order to loosen up the fat, and provide a more comfortable / less painful experience for you.

Well, what happens when you then stab a vacuum tube into that area to suck out the fat?

It also sucks out the anesthesia and other fluid along with the fat itself.

Photographs taken right after a Brazilian butt lift surgery are misleading—because they show the swollen buttocks, with all of this fluid that’ll be so quickly removed by the body.

Spinning down the fat removes the tumescent fluid, blood, and other liquids.

If spinning was skipped or not done well enough, your booty is going to look great for a short while, until your body processes and gets rid of that tumescent fluid and other liquids, leaving only fat cells behind.

More fat may also be placed into the buttocks than seems necessary, in order to counteract the loss of fat that’s known to occur after BBL surgery.

Not all of the fat injected into your buttocks will survive forever.

Anywhere from about 30 to 70 percent of the injected fat cells may be reabsorbed by the body, lost from the buttocks.

This fat loss typically occurs within the first 2 weeks after your surgery.

By four weeks after surgery, your buttocks are also still swollen from having had the surgery itself. That swelling will subside by about

By between 3 months and 6 months after your BBL, your BBL results will begin to stabilize.

Your final BBL results will typically be visible 6 months after your surgery.

So how long does a BBL last?

For most patients who see a surgeon that knows what they’re doing and who take care of their body, BBL results last 15-20 years.

The average patient will also have awesome results for 8 – 10 years, although many of the fat cells that are transferred will last for the rest of their life.

It may be necessary to undergo a sort of maintenance treatment later in life, such as many years after your first BBL surgery.

If it’s been several years since your first BBL and you are beginning to notice your hip dips are becoming obvious again, or that your buttocks have lost some of the volume you had after your first BBL, a less intense BBL can be done to maximize your results and make them last longer.

Your surgeon is in control of some of these factors, while you as the patient are in control of the rest (or a majority of the rest—factors like genetics and hormonal fluctuations later in life may be out of anyone’s control.

How Long Does It Last?